Andrew Carr, Director of Bands, is a graduate of Lakota West High School and has been teaching since 2002.  Mr. Carr holds music degrees in music education from Miami University of Ohio. Mr. Carr’s teaching responsibilities include directing the nationally recognized Lakota West Symphonic Winds, Symphonic Band, and Concert Band.  He assists with two freshman bands, as well as being the director of the Marching Firebirds.

Colin Celek, Freshman Director, Assistant Director of Bands, holds a Bachelor of Music Education degree from Ohio University and is pursuing an MME from Miami(OH) University. While at Ohio, he studied clarinet with Rebecca Rischin and conducting with Richard Suk and Andrew Trachsel. Mr. Celek’s responsibilities at West include conducting the two freshman concert bands, directing the freshman jazz ensemble, and assisting with three high school concert bands. Mr. Celek is also a Co-Director of the Marching Fire birds.  Prior to Lakota West, Mr. Celek was an Assistant Band Director at Fairfield High School/Freshman School and at Eaton High School. Bands under Mr. Celek’s leadership have earned consistent Superior ratings at OMEA events and at the Louisville Jazz Festival. On the field, Mr.Celek’s ensembles have garnered numerous Grand Champion awards and are consistent finalists at Bands of America regional events. In 2018, the Fairfield music department was honored as a 2018 National Association of Music Merchants “Best Community for Music”.  Mr. Celek has served for six years as the District XIII Honor Band Chair for the Ohio Music Education Association. He is an active member in OMEA and NAfME.

Aaron Todahl, Jazz Band Director at Lakota West Main Campus as well as Lakota East Main and Freshman Campuses, earned his Bachelor’s Degree in Music Education with a Specialization in Jazz from The University of Cincinnati College-Conservatory of Music (CCM). During his time at CCM, he had the opportunity to perform with the CCM Jazz Orchestra, John Von Ohlen, Fareed Haque, Steve Allee, and many others including performances at Jazz at Lincoln Center in New York City and at the Jazz Education Network Conference in Louisville, Kentucky. Mr. Todahl still continues to perform regularly as a trumpet player and guitarist in the Greater Cincinnati area.

Emily Brinkman, Director of Bands at Plains Junior School, is a graduate of Lakota East High School. During her time at Lakota, Mrs. Brinkman was a member of Symphonic Winds, Eastside Jazz, Marching Thunderhawks and the pit orchestra. She was also a member of the OMEA District XIII Honor Band and All-State Band. Throughout her junior high and high school career, Mrs. Brinkman studied clarinet, piano, and harp privately.

After graduating cum laude from Miami University, Mrs. Brinkman taught general music in the Bethel-Tate Local Schools for one year. She then taught in the Tri-Village Local School District for three years, teaching general music, marching band and concert band. While at Tri-Village, the size of the band program increased significantly. Most recently, Mrs. Brinkman taught junior high and high school concert band and marching band for four years in the Tipp City Exempted Village School District. The Tipp City marching band proudly participated in OMEA competitions and BOA Grand Nationals each year. She is extremely excited to be a part of the amazing staff in the Lakota Local School District! Her responsibilities at Lakota Plains include teaching 7th grade and 8th grade band classes as well as the 7th and 8th grade jazz band after school program.

Sherri Voytek, Director of Bands at Lakota Ridge Junior School, served for several years in the Lakota East band program before coming to Lakota Ridge.  She leads all seventh and eighth grade bands as well as the after-school Jazz band program. 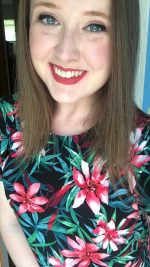 Amanda Aniolowski, Marching Band Woodwind Instructor, is in her first year working with Lakota West Bands. Ms. Aniolowski received her undergraduate degree in Music Education from Capital University in 2015 and studied flute under Dr. Lisa Jelle. After graduating from Capital she was the Assistant Band Director at Wauseon Exempted Village School for three years. She is currently teaching choir at Dater High School in Cincinnati.

joins the Lakota West team with a long career in the Marching Arts community. Along with Lakota West, Chris has worked with many bands in the Greater Cincinnati area and has been on staff with some of the top drum and bugle corps. These include Santa Clara Vanguard, Blue Stars, Bluecoats and most recently Carolina Crown. Currently Chris is also the visual director for William Mason High School.
“I very much look forward to working with the incredible directors and students at Lakota West. To have the opportunity to work with such a respected program is definitely an honor and privilege for me.” 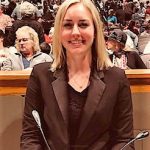 Abby Hinson, Marching Band Woodwind Instructor, is in her fourth year on the staff at Lakota West. Mrs. Hinson is a 2013 graduate of Bowling Green State University and holds a Bachelor of Music degree in Music Education. While at Bowling Green, she studied saxophone with Dr. John Sampen. Mrs. Hinson is a Band Director at E.H. Greene Intermediate in the Sycamore Community School District and maintains an active private lessons studio. 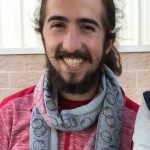 Evan Sasowsky, Marching Band Front Ensemble,  is a front ensemble fanatic, having begun his career as a marching mallet player at the University of Cincinnati, in the Bearcat Marching Bands, under Percussion Director Nick Angelis. His experience there quickly inspired him to seek independent marching activities, landing him on a marimba at the Notre Dame Indoor Percussion Ensemble (PIA/PIO) in the 2014 WGI season. Evan followed his first season of indoor with a season at Tates Creek Indoor Ensemble (PIW), where he was the center marimba player and section leader of the front ensemble in the 2015 season. For his final two seasons as a performer in WGI, Evan chose to march at Rhythm X (PIW), where he played marimba for the 2016 and 2017 seasons, marching for his age-out DCI season in 2016 at the Crossmen Drum and Bugle Corps from San Antonio, TX.

Evan currently lives in Cincinnati, OH, where he is a front ensemble instructor at Cincinnati Tradition (DCA A Class Champions and High Percussion Winner, 2017), Tates Creek Indoor (WGI, PIO), Colerain High School, and Elder High School. In his free time he likes to play and stream video games, go to the Ohio Renaissance Festival, quote The Office, and play board games with his roommates. This is Evan’s second season teaching at Lakota West and he is excited to be back working with the talented staff and wonderful students of West! 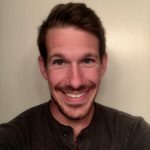 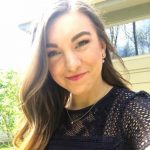 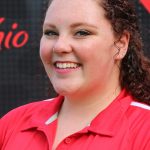