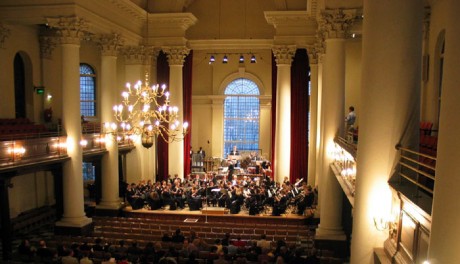 Some Random Memories of the European Tour

The American School of Paris (ASP), is an independent, co-educational day school located in the Paris suburb of Saint Cloud.  The School provides an American model of education to an international community, with a mission to develop life-long learners with a sense of purpose who are empowered as individuals to use their social, thinking, and problem-solving skills to contribute to a changing global society. The Upper School has an enrollment of approximately 300 students from more than 40 countries.  It is accredited by the Middle States Association of College and Schools, the European Council of International Schools and is a member of the national Association of College Admissions Counselors. Head of School: Pilar Cabeza de Vaca. Band Director: Neal Yocom.  www.asparis.org

Music Instrument Museum, located at the corner of the Place Royale and the Rue de la Montagne de la Cour in Brussels, is the turn-of-the-century department store, Old England, an exceptional example of the Art Nouveau style by architect Paul Saintenoy. The new home of the Musical Instruments Museum houses a collection of ancient and rare instruments from all over the world. The museum, however, broke with the tradition of simply creating a static depository for antique objects. It operates as a new kind of modern music center, a working and learning space for music specialists, performers, researchers, children and students. Jo Santy, Attaché. www.mim.fgov.be

The Grand Place in Brussels. “One of the most beautiful town squares in Europe, if not in the world”, is a phrase often heard when visitors in Brussels try to describe the beauty of the central market square. French-speakers refer to it as the ‘Grand-Place’, whereas in Dutch it is called ‘de grote Markt’. The tourists of the 20th century are not alone in their admiration. Archduchess Isabella, daughter of Filip II of Spain wrote about the square during her visit to Brussels on September the 5th 1599: “Never have I seen something so beautiful and exquisite as the town square of the city where the town hall rises up into the sky. The decoration of the houses is most remarkable”.

The International School of Brussels (ISB), founded in 1951, is an English-language day school providing an international education to students from over 60 countries, within the age range of 3 to 19. It offers a balanced, academically challenging, English language education, designed to develop individuals who are both independent learners and international citizens.  Four separate schools, each with its own Head and specialist staff, are grouped together on a 40-acre wooded campus in the south-east of Brussels.  Director: Kevin Bartlett.  Liasons: Ed Grody and Michael Crowley. www.isb.be

St. John’s, Smith Square, in the heart of Westminster, is one of London’s major concert venues and favorite historic buildings. Valued for its superb acoustics, it presents an extremely varied program of classical music throughout the concert season, ranging from choirs and symphony orchestras to solo instrumental recitals.  General Manager, Paul Davies.  www.sjss.org.uk