The Marching Firebirds received a proclamation for marching in the 2013 Macy’s Thanksgiving Day Parade this week. Director of bands Greg Snyder and field commanders Meagan Dembicky, Tristan McPhail, Nick Anderson and Kaetlin McVaugh made the trek to the State Capitol in Columbus to receive the award. “The entire state of Ohio was proud of your performance on this prestigious national stage,” says state representative Margaret Conditt, district 52. In separate ceremonies, Snyder and the students were awarded the commendation before the Ohio House of Representatives and the Ohio Senate of the 130th General Assembly.
Click below for full articles in the:
Pulse Journal
Cincinnati Enquirer
Lakota Online News

Congratulations to the Lakota West Marching Firebirds for their selection to the 2013 Macy’s Thanksgiving Day Parade in New York City, New York. The Firebirds were one of 11 bands selected from hundreds of schools nationwide. “Macy’s made the surprise announcement in the school’s gym Monday in front of a crowd of 600 students and staff. Spokesman Orlando Veras says, “Lakota West has one of the best overall music programs in the country. Their musical and marching ability along with the entertainment value they bring to all of their performances made them an excellent choice to represent their community and the state of Ohio in the 2013 Macy’s Parade.” (Weingartner, www.wvxu.org, 4/9/12) 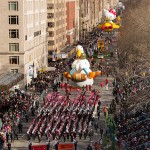 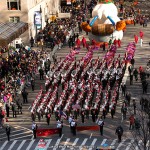 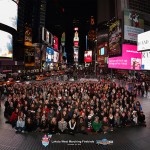 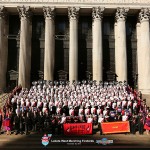 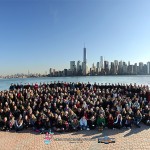