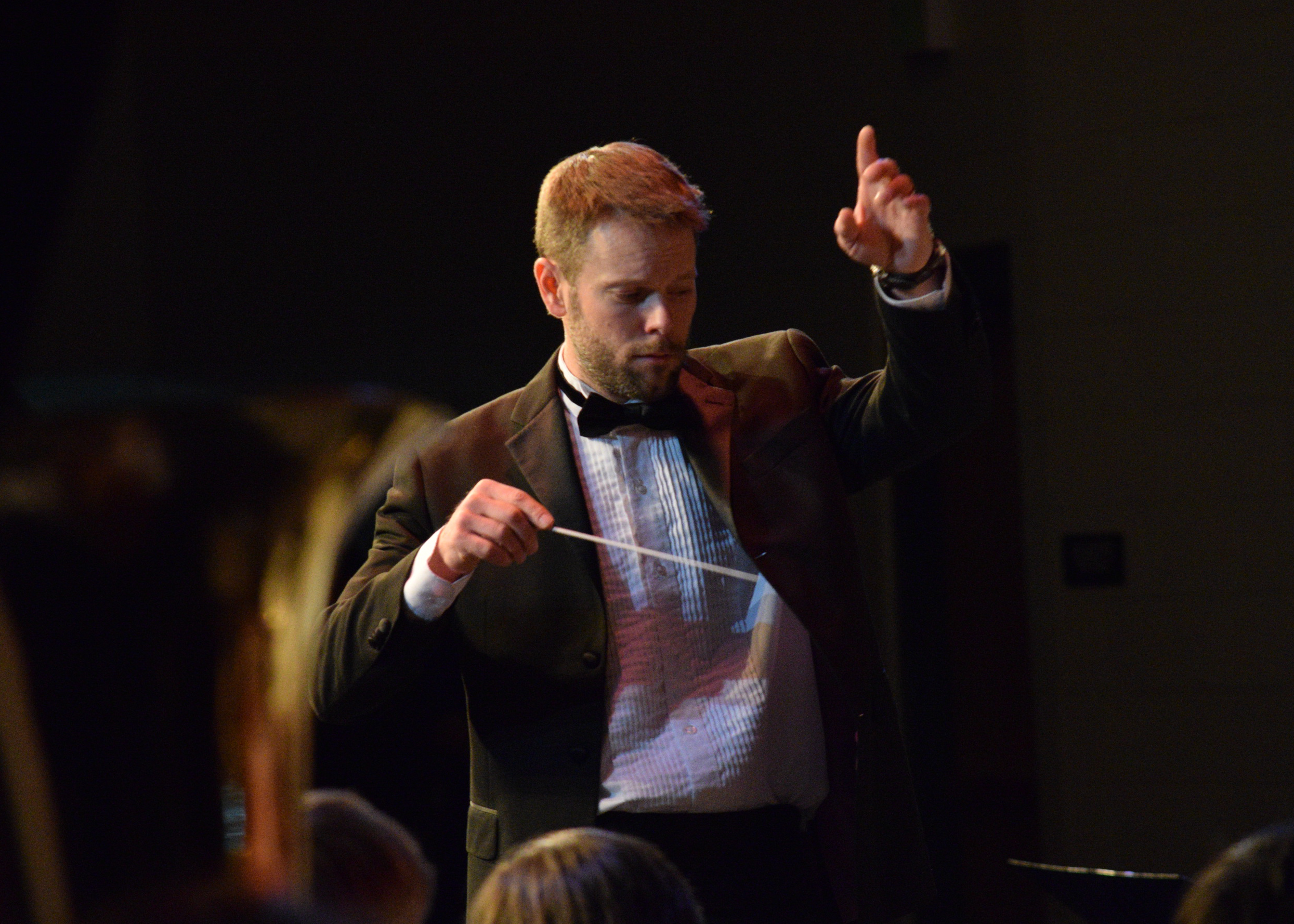 Mr. Carr is a graduate of Lakota West High School and has been teaching since 2002.  Mr. Carr holds music degrees in music education from Miami University of Ohio. Mr. Carr’s teaching responsibilities include directing the nationally recognized Lakota West Symphonic Winds, Symphonic Band, and Concert Band.  He assists with two freshman bands, as well as being the director of the Marching Firebirds.

Mr. Celek holds a Bachelor of Music Education degree from Ohio University and is pursuing an MME from Miami(OH) University. While at Ohio, he studied clarinet with Rebecca Rischin and conducting with Richard Suk and Andrew Trachsel. Mr. Celek’s responsibilities at West include conducting the two freshman concert bands, directing the freshman jazz ensemble, and assisting with three high school concert bands. Mr. Celek is also a Co-Director of the Marching Fire birds.  Prior to Lakota West, Mr. Celek was an Assistant Band Director at Fairfield High School/Freshman School and at Eaton High School. Bands under Mr. Celek’s leadership have earned consistent Superior ratings at OMEA events and at the Louisville Jazz Festival. On the field, Mr.Celek’s ensembles have garnered numerous Grand Champion awards and are consistent finalists at Bands of America regional events. In 2018, the Fairfield music department was honored as a 2018 National Association of Music Merchants “Best Community for Music”.  Mr. Celek has served for six years as the District XIII Honor Band Chair for the Ohio Music Education Association. He is an active member in OMEA and NAfME.

Mr. Todahl earned his Bachelor’s Degree in Music Education with a Specialization in Jazz from The University of Cincinnati College-Conservatory of Music (CCM). During his time at CCM, he had the opportunity to perform with the CCM Jazz Orchestra, John Von Ohlen, Fareed Haque, Steve Allee, and many others including performances at Jazz at Lincoln Center in New York City and at the Jazz Education Network Conference in Louisville, Kentucky. Mr. Todahl still continues to perform regularly as a trumpet player and guitarist in the Greater Cincinnati area.

Mrs. Brinkman is a graduate of Lakota East High School where she was a member of Symphonic Winds, Eastside Jazz, Marching Thunderhawks and also selected to be in the OMEA District XIII Honor Band and All-State Band.

Mrs. Voytek served for several years in the Lakota East band program before coming to Lakota Ridge.  She leads all seventh and eighth grade bands as well as the after-school Jazz band program.